Ingenium – Canada’s Museum’s of Science and Innovation is pleased to announce the winners of the 2019 STEAM Horizon Awards. These outstanding students will receive their awards at the Canada Aviation and Space Museum on April 25, 2019. 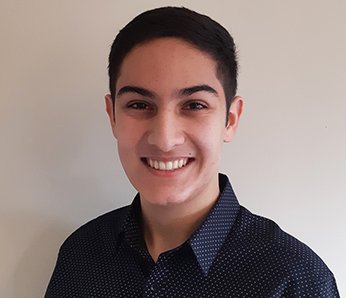 As the founder and leader of several science and technology-related school clubs — including a Coding Club, Math Club, and Maker Club — Jason challenges his peers and helps to further develop their interest in Science, Technology, Engineering, Arts, and Math (STEAM). He competes in science fairs and math competitions, often scoring highly, and also maintains an almost perfect academic average. Outside of school, Jason started his own company — which helps supply low-cost electronics and tools to makerspaces, hobbyists, and schools. In his free time, Jason solders circuits in his workshop, writes his own programs, and builds electronics projects. He’s passionate about using STEAM to tackle problems in our world, and looks forward to being a STEAM ambassador for years to come. 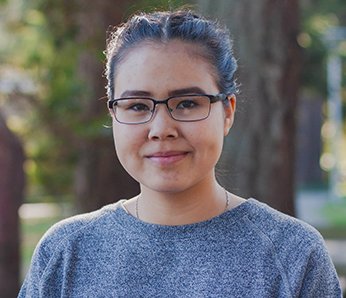 Hailing from Inuvik, Northwest Territories — a small community located above the Arctic Circle — Tyra graduated as Valedictorian of her high school. Currently, she’s working towards her Bachelor of Science in Mathematics at the University of Victoria. With a long-standing interest in STEAM, Tyra participated in the Canada-Wide Science Fair and the Prime Minister’s Science Fair in 2018; her project studied the effects of sleep deprivation. She is deeply grateful to be a recipient of the STEAM Horizon Awards, which will help her to achieve her goal of becoming a teacher and returning to Canada’s North. 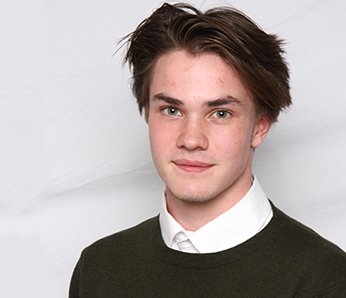 A member of Métis Nation British Columbia, Jonah was born in Vancouver and raised in Kamloops on Secwepemc territory. Currently completing Grade 12, he plans to attend Thompson Rivers University for his first year of Engineering before moving on to the University of British Columbia, Simon Fraser University, or the University of Victoria. Jonah’s long-term plan is to pursue the field of clean energy, with a focus on remote, off-the-grid communities. Beyond school and work, Jonah volunteers with the community kitchen, cancer fundraisers, and coaching hockey. He loves sports — including hockey, soccer, skiing, and wakeboarding — and can often be found listening to music. 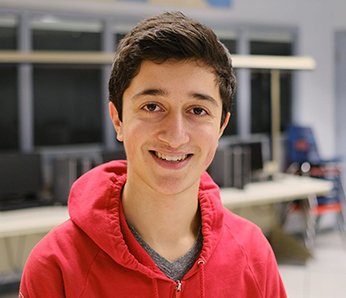 Throughout high school, Waleed devoted his energy to encouraging less-abled students to grow their knowledge about Science, Technology, Engineering, Arts, and Math (STEAM) subjects. He worked alongside his school administration and the regional science fair committee to create a mentorship program that encourages developmentally educated (DE) students to get involved with STEAM initiatives. Waleed helped to establish a DE division at his regional science and engineering fair; it was the first of its kind in Canada. As a community leader, Waleed volunteered with Relay for Life, Best Buddies, and FIRST LEGO League. Most notably, Waleed represented Canada at the Intel International Science and Engineering Fair. His project, Drip – A Precision Irrigation System for Emerging Nations, provided farmers with real-time information about their crop-growing conditions at a low cost. Waleed’s passion for STEAM will continue to manifest itself through innovative initiatives in the future. 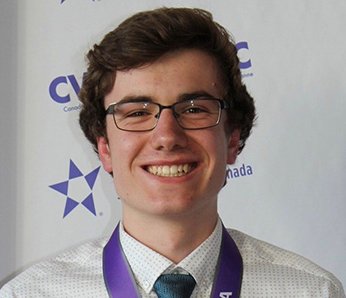 An aspiring researcher and change maker, Jackson Weir is currently studying Biology at the University of New Brunswick (UNB). Letting curiosity drive action, Jackson actively seeks opportunities to learn, contribute to humanity’s scientific body of knowledge, and help others. Passionate about sharing his love for exploration and discovery, he serves as the Junior Editor-in-Chief at the Atlantic Student Research Journal, and as the co-founder of Ponder, a discussion club at UNB. Jackson has also been fortunate to do some scientific research of his own. He won a Senior Gold Medal and the Environment Challenge Award at the Canada-Wide Science Fair, presented his findings to Justin Trudeau at the Prime Minister’s Science Fair, and had his work published in two journals.